Get fresh music recommendations delivered to your inbox every Friday.
We've updated our Terms of Use. You can review the changes here.

Days of a Quiet Sun 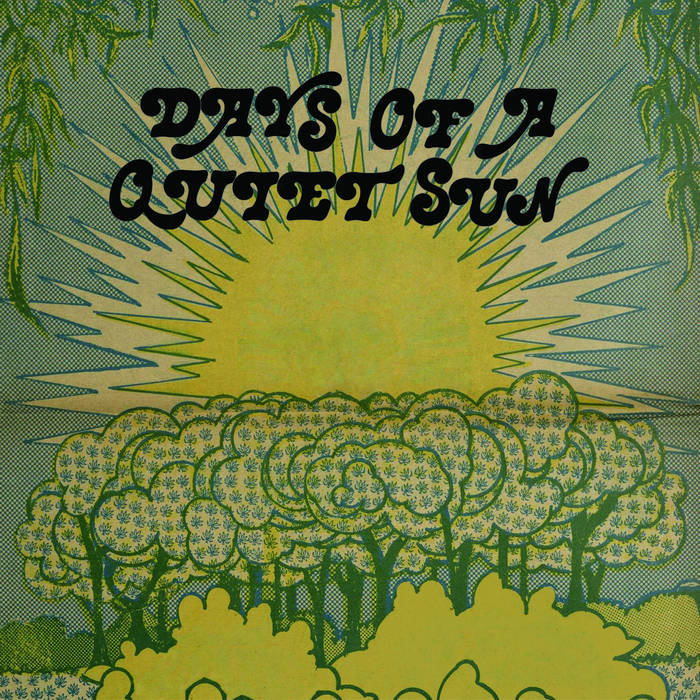 Mid-1960's Richmond, Virginia had little to offer aspiring local artists. Enter Martin Gary, a local kid who grew up working at Gary's, the primary record shop in town that his father opened in 1939. Starting in junior high, Martin Gary became interested in producing local bands, however Richmond lacked any real recording studios. Gary first linked up with The Barracudas, a teen group from nearby Sandston, traveling up to Washington, DC's Edgewood Recording in June 1966. The resulting session produced a 45 on the Cuda imprint, establishing NewBag Music for publishing, and using Gary's Records (which would grow into an 8-store chain) as distribution.
More 45's soon followed in '67 and '68, with Gary creating the Groove label that would release The Hazards "Hey Joe" (one of the best versions from the late 60's garage explosion), King Edward & His B.D.'s "Beg Me" (a snappy garage/soul hybrid with horn section), and the monster soul cut "Gotta Be a Reason" from Bernard Smith & Jokers Wild. Trips to Virginia Beach resulted in a 45 on the appropriately-dubbed Beech label for Group Nine, early adopters of a psychedelic rock sound reminiscent of Jefferson Airplane. Summer 1968 found Gary and The Barracudas reuniting and moving studios to Recordings, Inc. near Baltimore, with now legendary engineer George Massenburg. This session produced "Days of a Quiet Sun", The Barracudas' heavily psyched-up take on a Group Nine original with Massenburg on Moog synthesizer (one of the first units on the East Coast!). "Days" was backed with "Apple Pie" on 45 and released in late '68 on Satori, the last of Gary's short-lived labels. Following "Days", Gary produced a demo session for Richmond's Bosom Blues Band - an amazing bluesy hard rock group that nearly signed a major deal with Capitol Records.

"Days of a Quiet Sun" collects the best of Martin Gary Productions, including several unreleased (like a '73 outtake from notable fingerpicking guitarist Duck Baker) and alternate takes, all professionally transferred and remastered from the original sources. "Days of a Quiet Sun" shines a light on the raw energy and musical colors that swept through Virginia in the late 60's, most of which hasn't been available in over 50 years. Packaging includes liner notes from Martin Gary, a detailed rundown of each track, and five bonus tracks with download code or CD.

Independent label and distro since 2010.

Bandcamp Daily  your guide to the world of Bandcamp